For the first time since 2013, I sat and rewatched One Direction’s This Is Us from start to finish as a part of my daily routine of watching a movie I haven’t seen before and rewatching a movie I have seen before. Its no secret that One Direction has been my favourite band since a long, long time, and solo music is no replacement for five boys singing together. I’ve always been upset about how they suddenly became so far apart from each other once Zayn left and everyone else went their own separate way.

Here are 5 things I felt strongly while rewatching This Is Us:

1) Goosebumps: Watching my favourite boys singing together and practicing together has always given me goosebumps and to be honest I didn’t think I would still feel the same with the same intensity. But I still did. The movie has them touring their second album and recording their third one and it made me feel like a teenager all over again.

2) Anger: Many parts made me feel weirdly angry at the boys. For example, in one scene they’re sitting around this campfire and Zayn asks if they would stay friends after all this is over and Harry says of course they would. They seem so innocent and young in this scene and it really killed me that it doesn’t really seem true now.

3) Love: I think I can never stop feeling immense love towards any of these boys, especially Harry. Watching them stay together every minute of every day, being tourists together, pranking each other made my heart swell so much.

4) Sadness: Obviously a movie about the boys I’ve loved for years makes me sad when I’ve to watch them together when they’re not really together. Rewatching it made me so sad because it hit me that I’d never see them like this again and that they would never be this close to one another again.

5) Unbelievable joy: Felt this crazy emotion to such a level that I had tears (which is so normal for me actually). One Direction songs have always made me emotional but I remember the movie making me even more emotional. Rewatching it after so many years made me feel this stupid happy feeling just by looking at them in their absolute prime.

Niall’s second studio album, Heartbreak Weather released on 13th March, 2020 and completely hooked me and I honestly feel that this album is much, much better than his first one. The songs and the music feel a lot more like him and have this amazing Niallish feeling. (You have to listen to it to know it).

A few songs have already been around for a while but even the rest of the album is equally mesmerizing. From his music videos, to his interviews, right up to the lyrics of the songs, every thing feels perfect in this album.

The first track is the album-titled Heartbreak Weather. It also has a music video and I absolutely love both.
Put a little love on me is this beautiful slow song that’s really been making me cry.
Black and White has the following lyrics:
“Yeah, I see us in black and white
Crystal clear on a star lit night
In all your gorgeous colors”.
– There is no way brilliant writing like this doesn’t make you want to listen to this song again and again!

My favourite song of the album is definitely No Judgement. The song, quite frankly, has every thing – good lyrics, great music, super fun music video.
Really, there’s not one song on this album that I’m not playing on loop. Through every single song you can hear Niall’s voice so crystal clear that I can’t believe there used to be a time when you could barely hear him in One Direction songs.

Like always, I’ve found five songs that I’ve been really obsessed with this whole month: 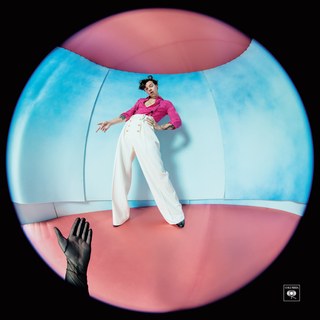 Harry Styles released his second studio album on 13th December, so obviously I’ve heard it over a million times by now!

The album has 12 songs and I’ve shortlisted my favourite ones for your perusal:
(a) Canyon Moon
(b) Fine Line
(c) Watermelon Sugar

I watched this interview where Harry spoke about how with the previous album he was very reserved and he didn’t want to experiment much, but with this one he just wanted to have fun and not be safe and you can clearly hear it in his music! [Side Note: I’m absolutely loving the fact that his nail paint is always matching his outfits – he also has been flaunting this really cute watermelon nail paint.]

I’ve yet to find a Harry Style song that I don’t love and the 12 tracks in this album are soon going to be among my most played. The best part about a new album (other than just the music), is the fact that for album promotions, Harry Styles is everywhere. He’s hosted SNL, James Corden and been on Ellen and every single show and given a ton of content to drool over!

I’m currently LOVING his cover of Juice in the live lounge ( GO WATCH ).
If you haven’t heard new Harry Styles music yet, its about time you did because it is heavenly!

Over the last two weeks of studying, I’ve been re-discovering old music to singly loudly to while studying and I’ve been absolutely loving it!

Here are some super old, super famous songs that are getting me through Companies Act:

Over the last two weekends, I’ve spent so much time researching for my presentation and paper that I’ve spent the equal amount of time listening to new music in the background – here is my new music playlist for September, 2019.

3) When I wasn’t watching – Mandy Moore

5) Someone to Love – OneRepublic

7) I warned Myself – Charlie Puth

You are welcome! Now go update your playlist.

AnotherDeadLawStudent's Blog
Create a free website or blog at WordPress.com.