Starting off this post, I am super content to say that Malec is now engaged! I’ve already watched the proposal scene more than a 100 times and I cry every single time and I love it absolutely. Naturally, the series finale will now have a wedding, however, here I’ll just update my list as per episodes that have already been released.

6) Season 3, Episode 1: “On Infernal Ground” – Alec tells Magnus about his new job and that he doesn’t want to leave him and go. 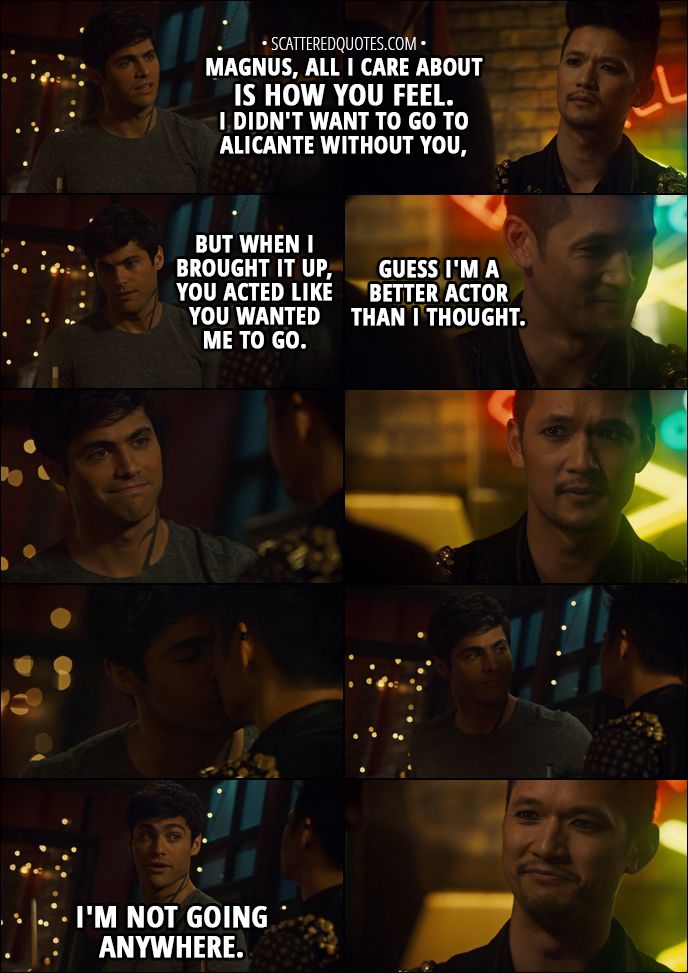 7) Season 3B, Episode 12: “Original Sin” – Alec reminds Magnus that they need to live in the moment. 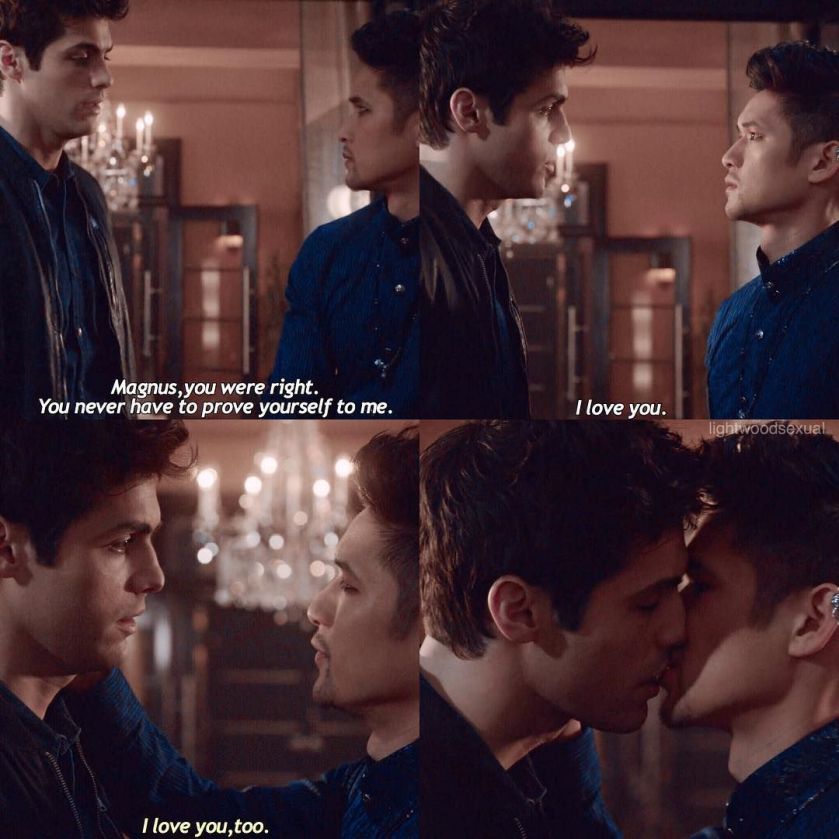 9) Season 3, Episode 10: “Erchomai” – Magnus promises Alec that he will come back from Edom. 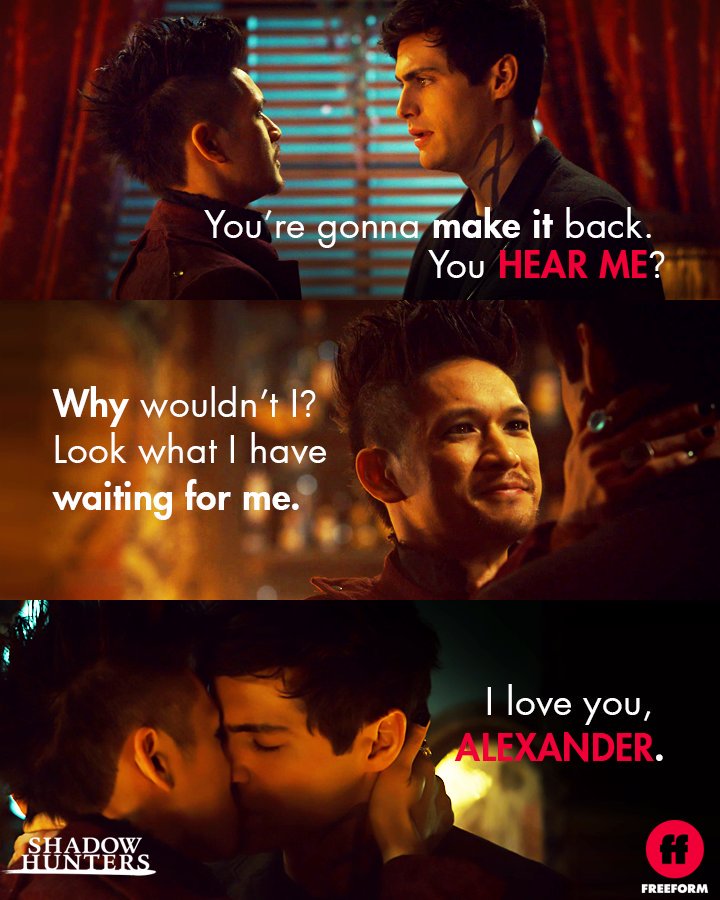 10) Season 2, Episode 15: “A Problem of Memory” – Magnus tells Alec about his past and Alec tells him that there is nothing ugly about him.

You guessed correct! I reached 600 followers which in hindsight seems crazy, because why are 600 people reading what I write!?  (Also, how are they liking it?)

I feel so grateful about this because honestly its a super great feeling to know that there are people around who give time to what I have to say and my thoughts and that always makes me feel not alone in the world.

My favourite part of the show (and clearly the best part of the show) is the relationship between Alec Lightwood, a shadowhunter and Magnus Bane, the high warlock of Brooklyn (fondly known as Malec).

The hardest part about this show ending is thus obviously the fact that I’ll get to see no more of those precious Malec moments and this is why I have a list of my favourite Malec moments over the course of four seasons! 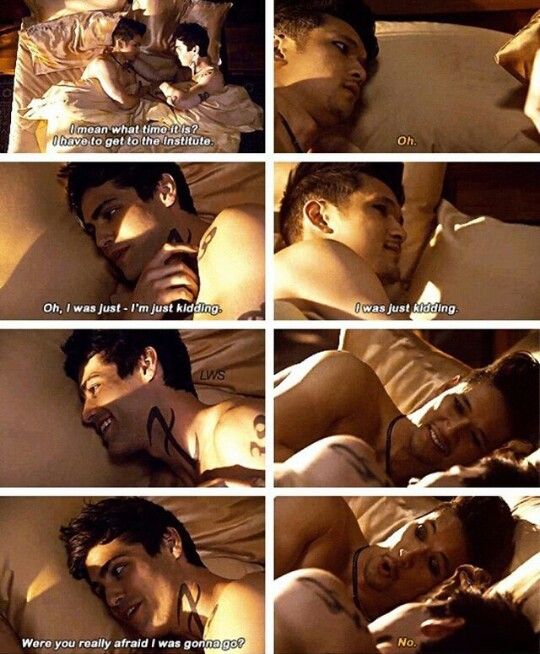 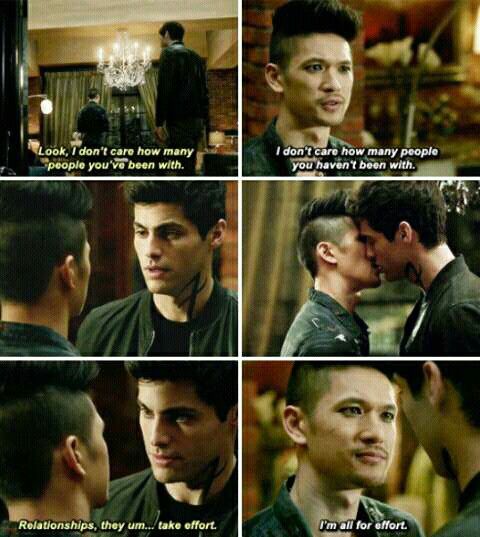 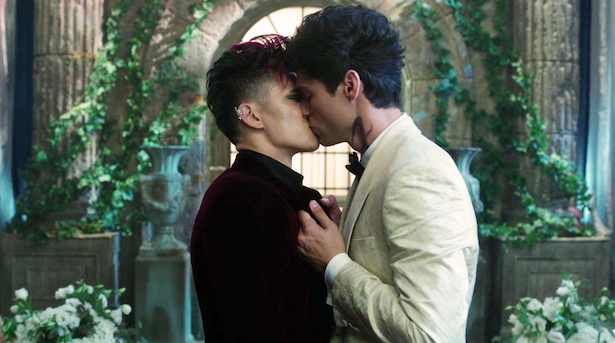 To start with, it’s a crazy had feeling to deal with. When you dream college rejects you, you suddenly started thinking that maybe you didn’t really deserve it. That you weren’t good enough. Or that you don’t really get the things you actually want.

It’s such a crazy hard feeling.

My best friend told me yesterday that maybe not getting my dream college is a good thing. That maybe it means something better will come later in life. That the only sensible way to think about this is knowing that you actually always attract what you deserve.

Losing your dream college feels like such a big deal, that the only way to get past it is to realise that its not really a big deal.

That every rejection in life is almost always a door opening to something greater, something better. The only way to make it stop hurting is to realise that its not worth hurting over.

Losing your dream college hurts, until it doesn’t.

“I feel like people get lost when they think of happiness as a destination. We always think that someday we’ll be happy. When we get that car or that job or that person in our lives who will fix everything. But happiness is a mood and it’s a condition. Not a destination. It’s like being tired or hungry. It’s not permanent. It comes and goes and that’s OK. And if people would think that way, they’d find happiness more often.”
– Julian Baker, One Tree Hill

“We do our very best, but sometimes it’s just not good enough. We buckle our seat belts, we wear a helmet, we stick to the lighted paths, we try to be safe. We try so hard to protect ourselves, but it doesn’t make a damn bit of difference. Cause when the bad things come, they come out of nowhere. The bad things come suddenly, with no warning. But we forget that sometimes that’s how the good things come too.”
– Meredith Grey, Grey’s Anatomy

“Now I realize that there is no righteous path, it’s just people trying to do their best in a world where it is far too easy to do your worst.”
– Castiel, Supernatural

“When you’re a kid, they tell you it’s all… Grow up, get a job, get married, get a house, have a kid, and that’s it. But the truth is, the world is so much stranger than that. It’s so much darker. And so much madder. And so much better.”
– Elton Pope, Doctor Who

Shazam is a DC movie. A superhero movie, in fact. Now before my brother showed me the first teaser released for this movie, I only knew one Shazam – that crazy music app that identifies what music is playing.
Shazam at the outset seems like a children’s movie. It also seems like a big joke and not really a DC superhero movie.

Shazam (not-so-secret citizen name: Billy Batson) is played essentially by two actors, both of whom do complete justice to the superhero. Zachary Levi is Shazam and Asher Angel is Billy Batson (and is so adorable!).

This movie, surprisingly has everything. It has humour, sarcasm, action sequences and love. The basic story line revolves around Billy Batson who runs away from every foster home he’s placed it in search for his birth mother. When he finally lands in a decent group home, various circumstances lead him to a mysterious cave where he inevitably becomes Shazam.

The movie progresses at a decent speed and has quite a good ending (with two post credit scenes so don’t miss out on that!).

Overall, Shazam packs a punch in the good way and is definitely a watch if you thought the DCU was getting nowhere.