I genuinely see no point in ending a month without a quote;

Major, major throwback to when I read The Book Thief and cried loads!

Guess what I was up to on Sunday night?

If you guessed that I attended Ed Sheeran’s second concert here in Mumbai, then you guessed absolutely correct!

I last watched him when he was touring for Multiply back in 2015 (and obviously I blogged about it (go read about it, thanks!) – Shameless self publicity )

Ed Sheeran released his third studio album in the first half of this year and started touring almost immediately and thus when tickets for his Mumbai concert went on sale in July, I bought them! The concert started at 8 PM and he sang for 1.5 hours and I shouted out lyrics along with him with no tune whatsoever for the whole time.

I went alone for the concert (turns out I’m quite self sufficient that way) and recorded all the songs I had made up my mind to record! There is no comparison to Ed Sheeran singing live and with every song he just makes you realize more and more why it would make absolute zero sense to not be in love with him. He wore a blue kurta, similar to the one he wore last time and looked completely adorable – most importantly, he sang A-Team! A-Team was the first song I heard by Ed back in 2012 and the amount of love that I have for that song is not fathomable.

I had a massively amazing time and I would go back to his concerts any time of any day. 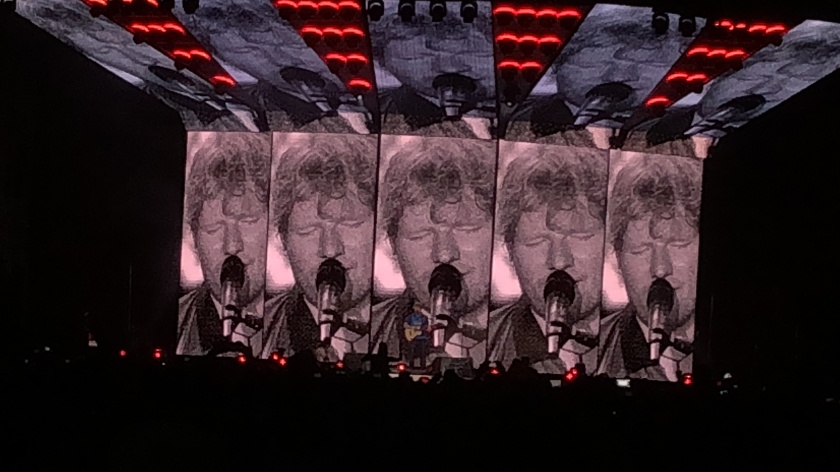 I interned for three weeks at a law firm and I worked with the Banking and Finance team and I’m not even kidding when I say I absolutely loved it! I had the nicest boss and the sweetest team to work for and though the working hours were killing me on a daily basis (10:30 – 8:30), I did not want to leave. This was my fifth internship and this was in fact the first time I really felt like this is what I would love doing for the rest of my life. For our last year at college, we have four specializations offered out of which we need to choose one – one of them is Banking & Finance and Corporate Law, and after this internship I can positively say I’m moving towards the direction of Banking & Finance!

All in all, my internship is over and college has started again and I would give anything to go back to work!