The past two weeks of this month, other than all studying and cramming of A LOT of case laws, my two weeks have just been 24 hours everyday of Harry Styles.

I think everyone already knows this – but for someone who doesn’t, I have unreservedly been a huge fan of One Direction for years. And Harry Styles has been my sad, little weakness since I discovered the band in 2012. Harry Styles released his solo album on 12th May (GO LISTEN) and I fell in love all over again.

Starting this Monday (15th May), Harry Styles spent all week on The Late, Late Show with James Corden which meant that every new day it had a ton of new videos for me to drool over and cry about. There’s something unique about being a 20 year old adult and still obsessing over boy band material: You feel no shame whatsoever in making the said boy band material your phone’s wallpaper.

Since the last few days have just been all Harry Styles, I have also been just asking everyone I know to watch the sam videos that I have been watching on repeat all day (also, all night)

Here’s one of my absolute favourite videos of him, singing my favourite song from his album and wearing smashing clothes and making me really emotionally frustrated.

If you haven’t yet listened to the album or haven’t been fully convinced to watch any of the above said beautiful videos, take a look at this; 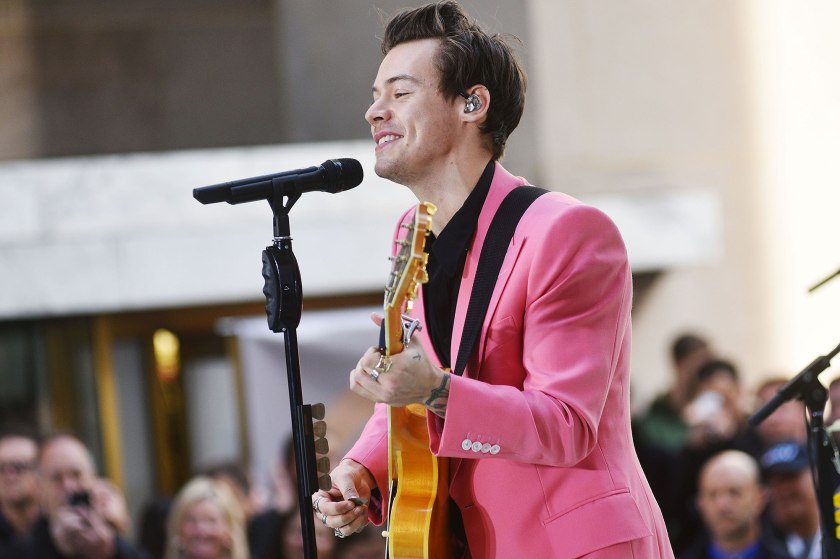 I mean, do you know of other really, really cute singers today who can pull this off?
Do yourself a favour: Listen to Harry Styles, and then watch the videos and then watch as you transform into an emotional and sexual mess.